I installed my server on Jul 31 2004 and much like the witches broom in many a Terry Pratchett book, my old server went through many upgrades but remained the same server. It had two new cases, many new hard disks, two house moves, but one OS, namely Debian GNU/Linux unstable.

In all those eight years, it never let me down, surviving flood, power outages and most dangerous of all, my administration. The server was a test bed for anything I was experimenting with at the time and it shocks me that it continued to plough on, upgrade after upgrade. A testement to the fantastic work of the entire Debian Community.

The new server is a Raspberry PI and it also runs Debian but is a smidgen smaller. 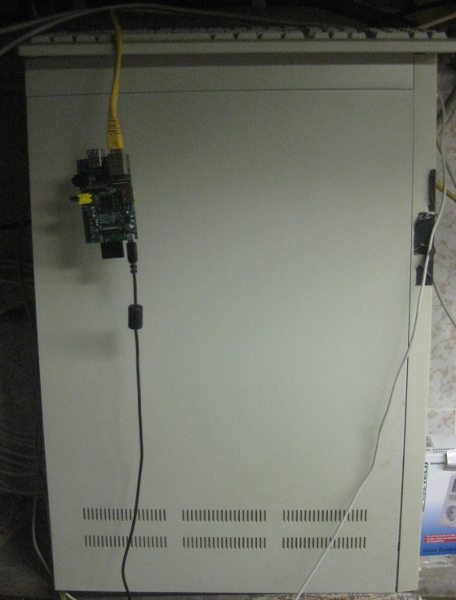 So despite all this loyal service, I am turning it off today as it simply is taking too much power to run. So thanks for the loyal service and enjoy your well earned retirement as a backup server.